Meeting propane demand through the “polar vortex” this winter brought extra challenges to companies like Ferrellgas and other propane businesses. But in staying focused on winter operation protocols, moving fleet where needed, and allowing for routing flexibility, Ferrellgas was able to face these hurdles head on.

Operations were made a little easier for the propane industry through the Federal Motor Carrier Safety Administration (FMCSA) emergency exemptions for propane trucking and other home heating fuels, of which exemptions remain in six states until no later than May 31. However, these regulatory reliefs were only a piece of the puzzle in meeting demand this harsh winter.

Dealing with the Cold

Many states struggled with snow and ice storms throughout the winter this year, and in an industry that relies on trucks and roads to make deliveries, when roads are closed, getting product to customers can pose quite the dilemma. “There's not a whole lot the propane industry can do with the roads,” says Mike Abrams, Ferrellgas director of fleet services, adding that the solution is to either take a longer route or just wait.

Ferrellgas drivers working in these areas are fairly used to adverse weather conditions and traveling private, snow-ridden roads to reach a customer’s home. “They can still find the tanks in four-foot snowdrifts. It's kind of the norm for our drivers to have to go through snow to bring in the hoses,” Abrams says, who has been fleet director for five years and with Ferrellgas for 17.

To forecast demand ahead of schedule and before customers run out, Ferrellgas utilizes tank monitoring technology, which is particularly useful during winter periods of high demand. However, Abrams says that keeping up with demand was exacerbated this year due to a large amount of customers whose suppliers either weren't able to keep up or ran out of an immediate supply, and called on Ferrellgas to step in. “We always make sure the customers we contract with are taken care of,” he says.

This winter was a special case, with many media headlines stating that there was a propane “shortage.” According to Ferrellgas, though, while there were several factors at play including an unusually high demand in the fall and unrelated pipeline issues, calling it a shortage could be argued as a misnomer. “There was and there is plenty of propane in the United States,” says Scott Brockelmeyer, Ferrellgas vice president of communications and marketing.  “It was really a situation and scenario where propane was not where we needed it to be.”

So adding road closures and weather issues to the mix made it a perfect storm of challenges. For example, when the company would normally pull product out of Kansas and deliver it to Indiana, the fleet was traveling all the way down to Texas to get it. “That puts longer timelines in the delivery process, and adds to costs,” Abrams says.

For Ferrellgas, having a large fleet aided its winter deliveries. Whether it was changing routes to retrieve propane elsewhere, or shifting portions of the fleet from lower-demand areas to where trucks needed to be. “This was a challenge for a number of retailers in our industry,” Brockelmeyer says.

The Ferrellgas fleet totals around 3,500 trucks spread out nationally, including its Blue Rhino brand, which provides propane tank exchange.

Diesel fleets across the northernmost and coldest states had to grapple with gelling, which is when diesel fuel hardens in the fuel lines, preventing the truck from starting.

For Ferrellgas, this wasn’t an issue in areas used to the frigid temperatures, where the company uses certain diesel additives in the tanks to prevent the fuel from gelling. This is part of company protocol during winter months. “But for our guys in Indiana, Illinois and Ohio, that’s an unusual thing for them to face, so when -20 degree temperatures hit us overnight where use of additives is not normal protocol, we definitely had fuel gelling issues,” Abrams adds.

To fix the issue, patience is a required tool. “Once the fuel is gelled, you can't just add something to your fuel tank and start the vehicle,” Abrams says. “You need to get it to a shop where they can warm the fuel injectors.”

While products exist to help aid the process, those still involve some mechanical disassembly, so either way, time and getting the truck to a shop and warmed up is key — and not always easy. “Sometimes, you just have to get it towed somewhere,” he says.

The fleet keeps a pool of deployable trucks ready, particularly the bobtails, and cylinder and boom trucks. “We've got trucks that are either ready to go, or they’re in the pipeline being built,” Abrams says, adding that this gives the company a lot more flexibility. “It allows our field to operate with a certain level of confidence when they know that if they are going to need a truck we can get them one in relatively short order.”

With icy roads affecting states that rarely see them, Ferrellgas’ driver training and safety protocols were all the more useful. During the winter, the company focuses on driving safely in winter weather, in which the monthly corporate safety messages shift from focusing on heat stroke to discussing stopping distance, tire chains, checking the battery charge, and of course the year-round risks involved with distracted driving and how that can be even riskier on icy roadways.

But safety for Ferrellgas is really a focus at the local level. As a decentralized company, local managers get the face-to-face time with drivers and are therefore better candidates to execute. “That's the real impact of where the discourse has to take place,” Abrams says.

Not surprisingly, about 17% of the Ferrellgas fleet includes either dedicated or propane bi-fuel trucks. Aside from the obvious reason, the company uses propane in fleet because of easy access to infrastructure as well as the cost-effectiveness of installing a private pump. “Ask anyone who owns an RV and they'll tell you there's thousands of places around the country to refuel,” Abrams says.

The company is also enjoying the comparable operating cost per-mile to gasoline. “As long as the vehicles are well maintained, we don't see any issues with long-term viability,” Abrams says, adding that another bonus for using propane is that in cold weather, it can’t gel up like diesel.

The ‘Right’ Kind of Growth

Established 75 years ago, Ferrellgas has seen significant growth over the years. While the company has made multiple acquisitions — three just since August 2013 — in the last year or so the company has been experiencing some fleet “right-sizing.”

“We've been growing our efficiencies and reducing our fleet, which is, I think, the best of both worlds,” Abrams says, adding that investing in technology has been a key driver in this initiative.

Through improved routing software and the tank monitoring, the company is able to eliminate a lot of unnecessary driving. “The investment in technology has allowed us to deliver the same number of gallons with far fewer vehicles because of those efficiencies,” Abrams says.

Another contributor to streamlining aspects of the fleet was refining the roles and responsibilities of local managers. According to Abrams, the result is a system which allows more time for dispatchers and other logistics employees to focus on improving efficiencies even further.

Staying Safe in the Winter with Telematics 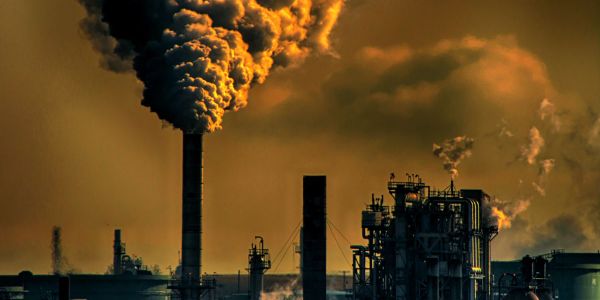 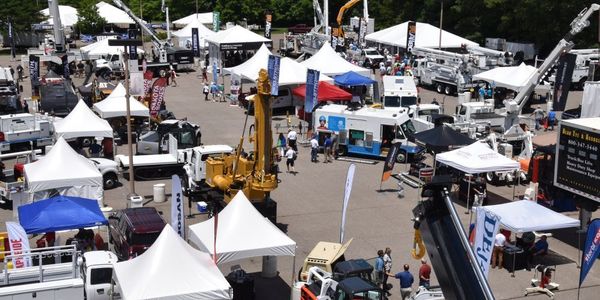