The American Red Cross recently completed piloting a new prototype emergency response vehicle (ERV) for its Disaster Services fleet. Unlike many fleet projects to select a new vehicle and upfit it to meet an organization’s needs, the Red Cross took a different approach. The company worked with students from the Arts Center College of Design, and involved a wide range of stakeholders, to develop the new ERV.

The Red Cross started the project because it determined its original ERV was getting “long in the tooth” and needed updating. The organization wanted to not only improve the ERV’s disaster response effectiveness, but also make it more ergonomic for volunteers. Work Truck interviewed Lauren Twohig, director, response services, about the process and the new vehicle’s features, and PHH Arval’s Tom Keilty, chief operating officer and senior vice president of customer & vehicle services, about the fleet management company (FMC)’s involvement.

Overview of Current Use

The current ERV is used for many mission types. It is a converted ambulance designed for feeding large groups of people during disasters and the large-scale distribution of supplies. Although this was the vehicle’s original design, Twohig explained the current vehicle is used most frequently at the local Red Cross chapter level, and that this was the opportunity for the company to improve the vehicle for the organization’s local field units. Most chapters respond to smaller scale, regional disasters, such as house fires and flooding, and use the vehicle for community engagement and education.

To make the next-generation ERV fit its missions and volunteers better, the Red Cross decided to engage in more of a “blue sky” design process to ensure the vehicle is effective not only in the near future but in the years to come.

“For the next generation [ERV], we’ve actually very intentionally designed it to be modular so it could fulfill a number of missions and seamlessly transition from the one mission to the next,” said the Red Cross’ Twohig. “We do that through a more intentional use of space and designing the interior around those mission sets versus taking something off the shelf in the model we currently have.”

The Red Cross took a different approach to designing the next-generation ERV. Twohig explained how the entire project got its start.

“The idea started with one of our local disaster responders in the Greater New York Chapter, a gentleman by the name of Sean Hart,” Twohig said. She said Hart is the co-lead for the Next Generation ERV project and a volunteer for the Red Cross. Hart is an industrial designer and CEO/owner of KBC Design/Build NYC: a design and fabrication company located in Brooklyn, New York. He noticed the organization had modified an existing vehicle, rather than designed it from the ground up, when it had created the original ERV.

“He approached the local emergency director who, a few months later, walked into my office when I was the national fleet manager, presented the idea, and recommended we take action,” Twohig said. “That was in the summer of 2010.”

From there, the Red Cross accepted a donation from the Art Center College of Design in Pasadena, Calif. The donation wasn’t the usual gift of funds but rather the Art Center’s students’ time. Two of its design classes determined their students’ project for the entire semester would be to design the next-generation ERV for the American Red Cross.

After the students finished their designs, Twohig said the Red Cross brought together approximately 70 stakeholders inside the organization, including volunteers who drive and maintain the vehicles. Next, the Red Cross narrowed down that group to 30 individuals and spent a week determining the minimum feature set the new ERV would need from an operational standpoint.

The Red Cross decided to select a new commercial van platform for the ERV and chose the Sprinter. PHH came into the picture when the Red Cross engaged the company after the students had their chance to design the new ERV from the ground up.

PHH Arval’s Keilty said the FMC kept the OEMs’ production timetables in mind when selecting the new vehicle, as a number of new vans are slated to arrive in 2014. The Sprinter features a BlueTEC diesel engine that gets better fuel economy than the older Ford E-450 vans the Red Cross had used for years, according to Keilty. He added that a huge number of ideas came from the Art Center College of Design students’ work.

“The students from the college all had their own interpretation,” Keilty said. He added they had turned in design renderings of their ideas. “After eight hours in the conference room, we took a look at the key issues they were trying to address,” he said. “We chose key elements and pulled a final design together.”

Keilty said the interior shelving and storage, and seating is modular, so it can work with a range of vehicle platforms. That way, if another OEM donated vans to the Red Cross in the future, the organization could easily upfit the new models without going back to the drawing board. The Red Cross and the FMC also worked with a company called Classic Design Concepts to handle the actual upfitting process.

“It was collaborative across all three organizations,” the Red Cross’ Twohig said. “We worked directly with Classic Design Concepts and PHH helped us navigate that process. Over the course of two and a half years we’ve had more than 1,000 individuals participate in the process. We surveyed more than 800 of our volunteer drivers to identify what their needs and challenges were with the current vehicle so we could really design something that was the best tool possible for our volunteers who help us assist the American public in times of need.”

Taking an Overview of ERVs

The next-generation ERV features a range of improvements. Starting with cargo, the Art Center College of Design students, PHH, and the Red Cross found a new way to secure food, which is stored in 70-pound containers, and other items used during relief efforts and community outreach.

“For our volunteer demographic, the average ERV driver is a woman over the age of 50,” Twohig said. “One concern for us was the loading and unloading of the food containers.”

The food storage container racks have a four-by-two configuration, which means volunteers can put up to four containers on the shelves or underneath them, wherever a volunteer can best fit them. Also, the vehicle has a unique loading system mounted on the rear door. The food container shelves also allow volunteers to slide, rather than lift, the containers, making them safer and more ergonomic for volunteers to load and unload. For serving the food, the seats volunteers use can rotate, thereby reducing potential back strain.

Another key feature the ERV Sprinter provides is enough interior room for Red Cross volunteers in disaster response scenarios to meet with individuals, giving them privacy during difficult emotional situations.

PHH’s Keilty noted the vehicle has many safety systems designed to help drivers avoid collisions, for example in a disaster area. They include a backup camera, backup alarm systems, and various sensors. Other core features include two types of WiFi hotspots (to provide Internet access in a disaster area) and a “messaging” system (an LCD monitor, connected to a PC, on the vehicle’s driver’s side) that allows the Red Cross to display emergency and community outreach information.

Looking Down the Road

With prototype testing complete, the Red Cross is currently modifying the prototypes based on user feedback and finalizing the specifications for the production units. According to Twohig, the Red Cross’ goal is to raise funds to purchase 25 production units each year until the entire fleet is replaced. At that point the Red Cross will have replaced its entire Disaster Response fleet with the next-generation ERVs, a total of 320 vehicles.

Looking ahead, the Red Cross’ ultimate goal for the next-generation ERV is to make its Disaster Response fleet more effective for volunteers and the communities the organization serves.

Factors to Consider When Researching a Fleet Management Partner

Drake Equipment Rises from the Ashes 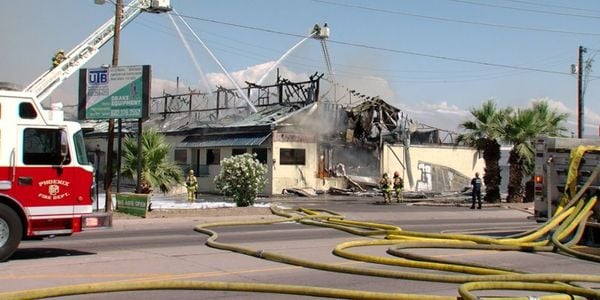 Drake Equipment's main offices in Phoenix suffered from a major fire that took place on May 10. As of May 21 the company has reestablished operations at its annex location.

What Are Rotary Screw Air Compressors? 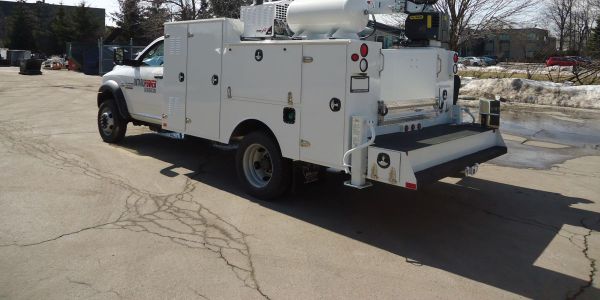 Rotary screw air compressors are an innovative, compact, and powerful type of air compressor that has become more popular in recent years. 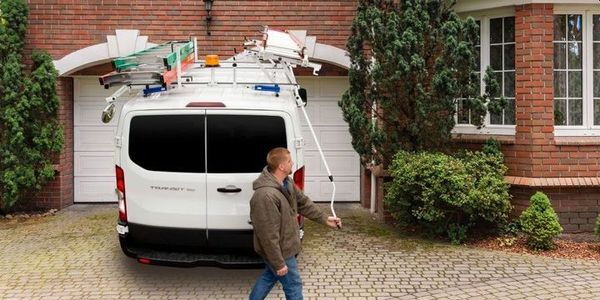 While there are many factors playing a role in the current pandemic’s impact on upfitting, according to Safe Fleet, the top factor is absolutely exposure. 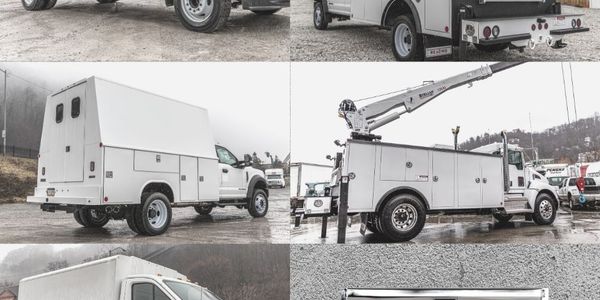 Reading Truck Group is operating quite a bit differently than before to help keep employees and customers safe during the current pandemic. 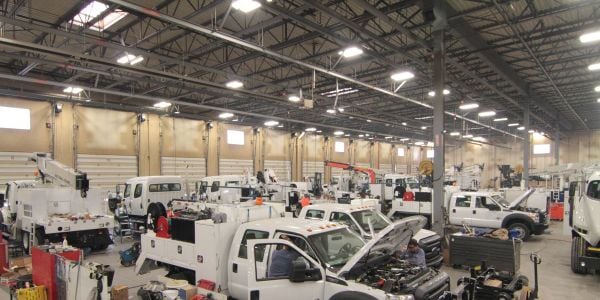 Many of us today are working differently than we have in the past, using technology to innovate and find creative ways to keep business moving. 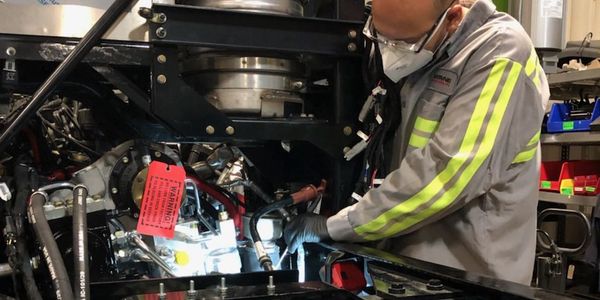 There is still much uncertainty about truck build schedules, the cycle of the virus, and the economy post-pandemic.