Kinedyne, a manufacturer and distributor of cargo control technologies, including cargo securement, capacity and access solutions for the transportation industry, is celebrating its 50th anniversary.

Part of Kinedyne’s celebration includes of a new commemorative logo and video, with a new website to be unveiled in 2019. The 50th-anniversary video examines the company’s history decade by decade, highlighting important milestones along the way. The new video is now available on Kinedyne’s YouTube channel and on the company’s website.

Special 50th-anniversary observances have been held at all corporate locations and at Kinedyne’s annual sales and operations management conference held in Nashville, Tennessee.

Founded by Jim Klausmann in 1968, the original business entity was called Kinedyne Corp., the name “Kinedyne” being derived from the words “kinetics” and “dynamics.”  With time also came the establishment of international affiliates that today include Canada, Mexico and China.

“Kinedyne’s expansion into curtain-side cargo access technology has been the logical next step in our continuing evolution as ‘The Cargo Control People!’” said Paul Wolford, vice president of sales and marketing for Kinedyne. “We believe that with better cargo securement, greater cargo capacity and faster cargo access technologies, we can make the increasingly complex shipping environment just a little easier for the industry to deal with, today and as the future unfolds.”

Related: Getting Ready for Roadcheck

Insurance provider RLI has partnered with video safety system supplier Samsara to offer a 5% insurance discount for its fleet customers that install dash camera systems in their commercial vehicles.

North Las Vegas, Nevada ranked as the worst city in the nation for speeding with 53.9% of all traffic fatalities involving speeding. 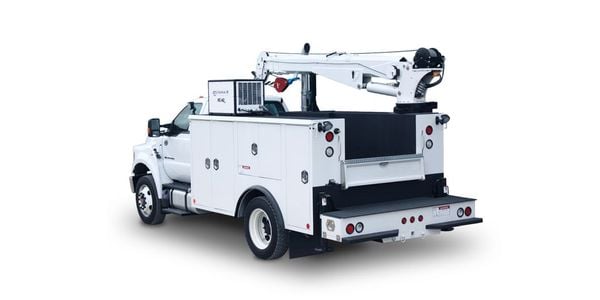