In April of 2016, Ford Motor Company recommended that Cenergy purchase a Ford F-150 gaseous prepped truck with a 5.0L engine and install Cenergy Solution’s bi-fuel ANG conversion package and ANG conformable tank to prove the technology. Cenergy Solutions purchased an F-150 Supercab 4x4 with a 5.0L engine to convert to natural gas with its ANG conversion system and conformable tank.

The conformable tank is a Type 1, DOT complainant, aluminum tank that is ASME certified. The working pressure was set at a conservative 425 psi. The tank was specifically designed to work with Cenergy’s ANG system and has two Cenergy Solutions, patent pending, ANG filters to keep the carbon inside tank while letting the natural gas flow out on demand. The tank is also equipped with a Roterex Temperature PRD and an inline PRD from Swagelok.

Blackstone, LLC, supplied the Fill Regulator that was engineered for ANG systems. The Fill Regulator allows drivers to fill up at a fast fill station by restricting the fill pressure and turning off the dispenser at a pre specified pressure (between 350-1,000 psi). The ANG system is capable of being filled at a slow fill, home fill, or a fast fill station.  Blackstone will be adding a PRD to this system as a backup if the tank pressure exceeds a predetermined psi.

A-1 Alternative Fuels from Fresno, a Ford QVM, installed the Cenergy bi-fuel ANG system and conformable tank. The conversion system has been approved by the EPA on 115 different models and Cenergy plans to receive EPA and CARB approvals on this F-150 in the near future. The conversion system is calibrated to run at 35 psi and works excellent with a low-pressure ANG tank. ANG tanks hold a large volume of gas at low pressures so it is important to be able to operate the engine at low pressures. The Cenergy Solution’s patent pending filters, Blackstone’s under-hood regulator and the Cenergy Solutions bi-fuel ANG conversion system all work together to provide the appropriate flow of natural gas to the engine.

The initial on-road tests of the new, 2016 ANG F-150 have been remarkable. The conformable tank has been filled by a slow fill compressor and at two public fast-fill stations in California, including a Trillium and a Clean Energy location.  Every time the Blackstone Fill Regulator worked as designed, stopping the fill at 400-420 psi, which is under the working pressure of the new aluminum ANG conformable tank.

The F-150 with the Cenergy Solutions Bi-Fuel ANG conversion system, "Runs the same on gasoline or adsorbent natural gas - even under load," said Gary Fanger, CTO of Cenergy Solutions. The F-150 was tested pulling a car trailer with a car and performed flawlessly. Under load and running on the ANG system, the vehicle ran the natural gas down to 65 psi in the tank.

The ANG F-150 and system will go through additional tests over the next few months with the company's desorption and dielectric systems to enhance its performance. Cenergy believes with further flow modifications under the hood the Ford truck will be able to operate under load down to 35psi.

Cenergy Solutions will publish the results of their ongoing testing of this vehicle on its website (http://cenergysolutions.com/). It is Cenergy’s expectation to demonstrate that low-pressure ANG systems can work in a slow, home and fast fill setting and can be used on passenger bi-fuel hybrid vehicles and vehicles with larger engines and heavy payloads. 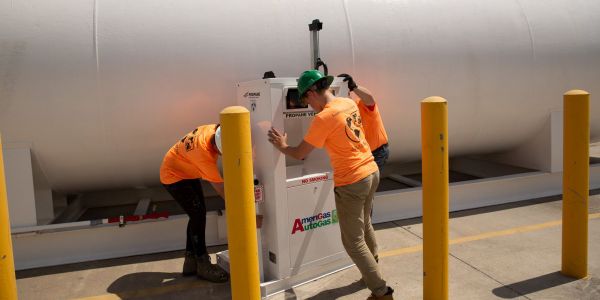 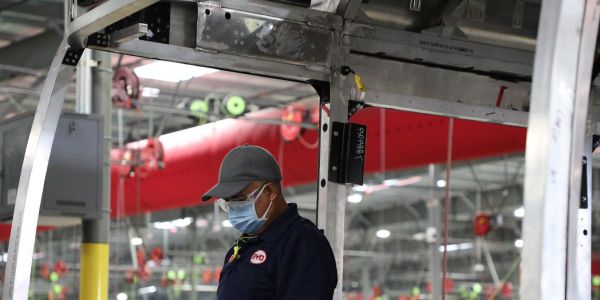