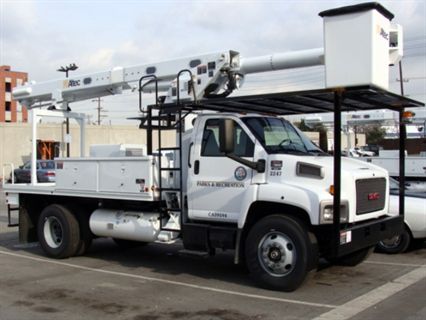 In 2005, the City of Inglewood adopted a 6-year alternative-fuel plan which identified funding, fueling infrastructure, and the purchase of 145 alt-fuel vehicles (AFVs). To date, the City has implemented a compressed natural gas, propane, and B-20 fueling station that offers semi-public access. Fleet Management and Transit Services maintains over 150 AFVs, including hybrids and electric vehicles, funded by $5.2 million in grants from various agencies such as the AQMD, MSRC, Carl Moyer Program, Propane Energy Resource Council (PERC), (CARB) California Air Resources Board, and America Recovery and Reinvestment Act (ARRA) Energy Block.

In addition to the new trucks, the City was also awarded ARRA funds for the development of an E-85 fueling station to be located at the City's Service Center and public access. The station is expected to be built by the end of 2010.

Currently operating more than 200 vehicles capable of running on E-85, the City of Inglewood was one of 20 public sector fleets recognized as a 2009 Environmental Leadership Award recipient.