Fleet professionals have voted, and the Ford F-150 is Automotive Fleet’s 2019 Fleet Truck of the Year.

As this decade comes to a close, this year’s win will mark the fourth time that the F-150 has earned this award in the last 10 years.

“Anytime that you get an award based on customer feedback, when it’s something that customers vote on, it means the most,” said John Ruppert, Ford’s general manager, commercial & government fleet sales. “[These customers] are the ones that pay to use our product as a tool in whatever job they’re doing. So, to hear our product really resonates with them, it is validating for our entire team, that the effort we’re putting forth in this product is hitting a sweet spot for the customer.”

The Ford F-150 wins this award in a year where commercial fleet sales are growing and the field among capable and reliable trucks is increasingly competitive.

Automotive Fleet’s 2019 voting process was altered slightly to hone-in the truck segment candidates. SUVs used to be part of the same ballot that pickups and vans were a part of, but with the growing offering of SUVs from manufacturers, that vehicle segment was split off into its own category.

This means that the Ford F-150 beat out 20 other candidates from a refined list of trucks.

“You have a truck that’s in its final year of its current cycle and it's still going above and beyond and meeting customer needs and expectation,” said Ruppert. “This speaks to the strength of the brand and to the nameplate.”

Meeting the Needs of the Job

Ruppert noted that one of the Ford F-150’s biggest strength stems from the multitude of options that fleet buyers have to choose from when ordering the vehicle.

From the basic work truck spec — the one that most fleets will put through its paces to see what the truck is capable of — all the way up to trim levels that fleets would spec for a truck for manager or supervisor, the F-150 can match those needs.

But, given that fleets primarily opt for base level trims, Ford is continually reassessing and optimizing the content in those work truck trims.

Ford gathers feedback from various fleet sources, such as commercial customers themselves or from its long-standing fleet advisory board. The goal from gathering all this feedback is to ensure that everything going into fleet-oriented trims provide enough value for fleets.

“Examples of fleet relevant content are durable vinyl seats on work trucks and automatic emergency braking,” said Ruppert. “Fleet customers and our advisory boards have said there are certain things they want. Then there are things that we do for the retail portion of our business, but maybe aren’t as relevant for fleet.”

For Ford, “fleet relevant content” essentially breaks down to anything and everything that could be of use to a fleet.

Safety, and any features surrounding the topic of safety, is one example of fleet relevant content.

As of the 2019 model year, automatic emergency braking is standard on all F-150 trims, including the work truck spec. Adding features like this into vocational trims, such as work truck trims, is also one example of how Ford works to keep total cost of ownership low for F-150 buyers. Adding safety features such as automatic emergency braking, directly benefits total cost of ownership calculations.

First, it helps the residuals of the vehicle, as the truck will hold better value when it comes time to remarket it since it has this safety technology equipped.

Second, in the event that the technology helps prevent an accident from occurring, it’ll be a direct contributor in reducing repair costs for a fleet, noted Ruppert.

“Apart from the benefits of adding safety technology, we also have class leading power trains and engines and transmissions that deliver segment-leading fuel economy. Those things coupled together drive down total cost of ownership,” said Ruppert.

Ford won’t be ready to share further details for the all-new truck until early 2020, but information that is available for this new generation truck is that it will feature a hybrid-electric version and an all-electric version.

“I think the inclusion of the new electrified version of F-150 speaks directly to what we anticipate will be significant interest from commercial buyers,” said Ruppert. “We think electrification fits the commercial segment maybe better than most.”

If there’s one thing that Ford wants to make sure fleet customers know, when it comes to future electric versions of the F-150, is that just because the product is electrified doesn’t mean that fleets will be sacrificing any capability or power that they may be used to. 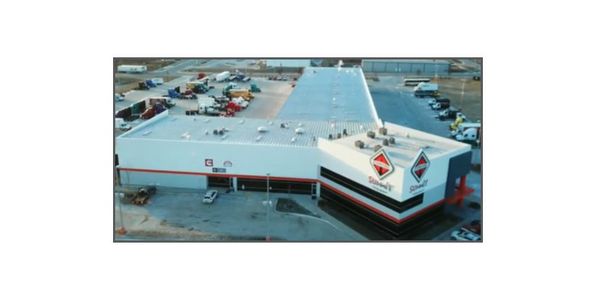