Updated – After a threatened walk-out by independent drivers who work out of the Ports of Seattle and Tacoma in Washington, port officials struck a deal with truckers over their concerns about the Clean Truck Program that would ban trucks that don’t meet 2007 emissions standards.

The deadline for the Clean Truck Program was initially Jan. 1, but after a meeting in January, the ports decided to adjust and possibly extend the deadline. Drivers have met with representatives from the Northwest Seaport Alliance, which runs the two ports, to protest the April 1 deadline. On Feb. 6 a public meeting was held to discuss how the ports could move toward clean air goals while considering all parties involved. And according to the Journal of Commerce, they reached a compromise that keeps the April 1 implementation date, but at the same time continues to grant access until the end of the year for non-compliant truckers if they are in the process of buying a clean truck.

After a previous meeting, some independent driver groups began passing out flyers and posting on social media encouraging a walkout that would threaten to shut down operations at the port, according to a report on Investigate West.

In 2007 the Ports of Seattle and Tacoma launched the Northwest Ports Clean Air Strategy as a comprehensive strategy to reduce emissions from all aspects of port operations, including trucks, ships, and rail. Through this it put into place the Clean Truck Program, creating the 2018 deadline for emissions-compliant trucks.

Adding to the pressure on both drivers and ports is proposed state legislation, HB 2601, which would force the ports to comply with the Clean Truck Program. The bill was created because state legislators felt that certain ports were not living up to their commitments to reduce emissions and improve air quality in the regions around the ports.

Whether or not this legislation moves forward may hinge on the ports coming up with concrete strategy for moving forward with the emissions rules. One proposal would have the emissions enforced through container terminal leases. As companies sign new leases, the ports would add an ammendment to the lease requiring terminals to turn away trucks that don't meet the standards.

Trucking Interests on Both Sides of Issue

"So far this has been a voluntary effort, and we all want to reduce port-related emissions," said Tara Mattina, communications director for the Port of Tacoma and the Northwest Seaport Aliiance. "We've been working on it for 10 years, so it's not like this is a surprise, but we also do understand the complexity of the issues."

On one end of the spectrum are trucking companies that spent money to comply with the standard, feeling that it is unfair to continue allowing trucks that aren't complying. At the other end are drivers who say they can't afford to invest in the new technology and weren't able to take advantage of earlier grant funding opportunities.

Independent drivers say with slim margins on loads, being required to buy a newer truck places an undue financial burden. They also say trucks with 2007-compliant engines and later are less reliable than older vehicles, adding more maintenance costs. On Facebook, a group called PierTrucker.com posted an open letter attacking the mandate, calling it unlawful and saying that the emissions regulations in general were based on non-credible studies.

According to the Seaport Alliance, only 53% of the 4,500 trucks serving the ports currently meet the 2007 emissions standards.

Not the Only Port Pursuing Cleaner Air

Similar, but far more aggressive Clean Air plans are also being implemented at the Southern California Ports of Los Angeles and Long Beach, which has caused tension with port operators. California’s plan would require all trucks working its ports to have at least model year 2014 engines, with the eventual goal of using only zero emissions vehicles by 2035.

The Harbor Trucking Association, which represents many of the stakeholders at the ports, characterized the milestones within the plan as “very ambitious” and “hard to meet.” It also stressed the need to make the changes required by the plan economically and technologically feasible for port trucking companies.

Updated 7:45 EST 2/7/2018 with information about the compromise reached Wednesday. 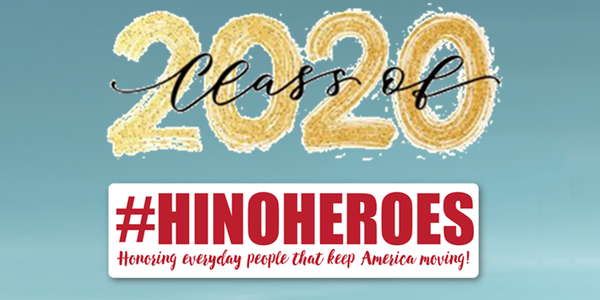