Today, I would like to conduct a thought experiment. Classical philosophers engage in thought experiments (essentially speculation) to deduce answers to phenomenon they do not understand. It typically starts with a general hypothesis that is not self-evident, but which is validated through a chain of deductive reasoning.

My fleet-specific thought experiment is to identify how a Level 5 autonomous vehicle (AV), which operates independent of human control or interaction, will change overall vehicle design. (As background, NHTSA has defined five different levels of autonomous vehicles ranging from Levels 1 through 3 semi-autonomous operations to fully autonomous Levels 4 and 5.)

Specifically, my hypothesis for this thought experiment is that AVs will create a paradigm shift in vehicle design, whereby interior design will become the primary brand differentiator in the future. What will drive this paradigm shift is that future AV design will focus primarily on the passenger and not the driver. In fact, in Level 5 AVs there will no longer be any driver focus. Designers will not be constrained by functional driver requirements, such as a steering wheel, visual-based instrument panels, gas/brake pedals, mirrors, backup cameras, turning indicators, column shifters, emergency brake switches, etc. The vehicle interior will become a blank canvas that will empower designers to focus on the passenger’s user experience (UX), and push the design envelope exploring more intuitive approaches to the human-machine interface (HMI). Although there may be no HMI to vehicle operation, there will be interaction with a host of other vehicle amenities and componentry.

One early application of autonomous vehicles will be vehicle-on-demand Uber-like services. Ask yourself: When a taxi or Uber car arrives at your home or business, do you care about the exterior design of the vehicle? For most of us, the answer is maybe; but, I think we would all agree that of greater importance is the interior, in particular, the available luggage space, seating for multiple passengers, and overall cleanliness.

AVs, especially those engaged in vehicle-on-demand services and fleet applications, will be the catalyst triggering a renaissance in ergonomic interior design, resulting in innovative application-specific interiors. I can envision a new era of upfitting that expands to modular changeability of vehicle interior packages, as an adjunct to their current add-on auxiliary equipment business.

A key focus in designing AVs will be to create an optimized mobile platform conducive to passenger comfort, entertainment, productivity, and connectivity. From a fleet perspective, the “office on wheels” will finally arrive, designed around maximizing in-vehicle productivity and creating a portal to an expanding suite of soon-to-be-developed connected services. I envision elegant workstation environments sculpted into vehicle interiors, similar, but more elaborate, to the workstation seating found in first/business class sections of airliners, with fully reclining seats that convert into beds. These amenities will facilitate (and radicalize) the concept of long-distance commuting.

I envision AVs (along with semi-autonomous vehicles) being designed as technology platforms facilitating a “bring-your-own device” (BYOD) environment, as we are already glimpsing with Apple CarPlay and Android Auto. This trend will expand, especially as wearable computers start to play an increased role in controlling interior compartment amenities. There will be seamless interactive data sharing between wearable technology on passengers and the vehicle itself. For instance, wearable technology will be synched to control interior climate control settings and seating ventilation based on skin temperature of the passenger, or, if a wearable device detects that the passenger’s pupils contracting, it will automatically trigger degrees of tinting to windows, minimizing sun glare. Similarly, there will be continuous micro-fine-tuning of seat contours, governed by wearables, to produce minimal muscle tension to a passenger’s back, hips, legs, and posterior.

AVs will lend themselves to a total reconceptualization of vehicle design, from both an interior and exterior perspective. This design philosophy to AVs will stimulate a “clean sheet” approach to future product development. I’m convinced that every traditional automotive concept we view today as a truism will be challenged during the product development cycle. For instance, do occupants really need to sit in forward-facing seats? Without the need to face forward, a vehicle can be reconceptualized to offer a radically different occupant package. With fuel efficiency optimized by an AV’s steady driving and elimination of idling, will wind tunnel aerodynamics and coefficient of drag exert a lesser influence in vehicle design, liberating designers to experiment with more novel vehicle dimensions? I similarly envision dual use of traditional structures, such as the windshield, which can easily evolve into a fully-functioning screen, with heads-up displays that can project an overlay of information or entertainment onto its surface.

My hypothesis is that a fundamental recalibration in consumer and fleet preferences in the emerging era of AVs will make interior design more important than exterior design. Is this to say, exterior design will become irrelevant? I don’t think so, but, I do think that interior design will emerge as a higher consideration than exterior styling. Also, there is a symbiotic relationship between interior and exterior design, where one or the other defines the dimensional reference points. As radically new interior packages emerge, this, in turn, will determine the reference points for the vehicle’s overall exterior dimensions, creating the opportunity for innovative (and non-traditional) exterior designs. These developments will create a tectonic shift in vehicle design and product development, with unpredictable permutations that will take decades to fully play out. 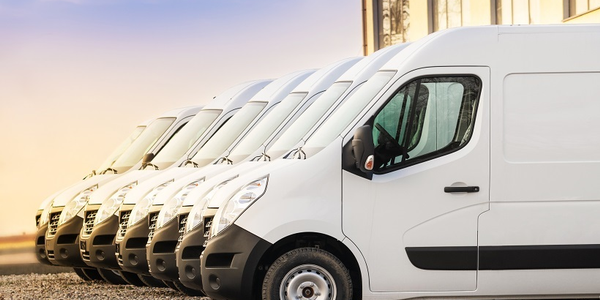