Government fleets offer a variety of services for their residents. A typical local government can own a variety of vehicles, including fire engines, police cars, street sweepers, and refuse collection trucks, with many handling maintenance in-house.

These fleets maintain a wide variety of vehicles, which requires a varied expertise and must do so on a limited government budget. In the aftermath of the recession, many are beginning to catch up on vehicle replacement cycles. Technology has also become a major factor, with fleets collecting more data and incorporating more alternative fuels in their operation.

The City of Long Beach’s Fleet Services Bureau in California maintains vehicles and equipment for all city functions, including towing and police impound. The fleet is composed of about 2,000 units, including 1,450 active, on-road units. The city’s on-road vehicles traveled an average of 6,700 miles for fiscal-year 2016.

Jacqueline Zhou, assistant administrative analyst for the City of Long Beach, said the biggest difference between government and commercial fleets is the volume of people served. Because of its location, the City’s fleet is more diverse than others. In addition to police cars and refuse trucks, it also owns and maintains equipment such as boats, beach equipment, and helicopters for use on the port and beaches.

After the recession, the fleet fell behind on vehicle replacements. Now, the city is working to replace its backlog of 600 over-aged vehicles.

“Our challenge in doing that is one of throughput — we can only write so many specs, do so many bids, and upfit so many vehicles at any one time. To meet that challenge, we have pursued more creative bidding processes, added staff, and worked extensive overtime.”

Fleet Services implemented a new replacement modeling system and converted to full lifecycle management, and expects to save over $1 million when the system is fully employed.

The City places a large importance on making data-driven decisions, and Fleet Services is currently transitioning to a new fleet management information system, which will offer more access to data. This is major, since the city has not updated its fuel and fleet management systems in 15 years.

“Advanced reporting, RFID input, and telematics capabilities will revolutionize how we manage the Long Beach fleet,” Zhou said. “We’ve put trained analysts in place, who are building relevant reports and dashboards, and setting up the metrics of a full telematics program for every one of our powered vehicles. This allows us to maximize both vehicle and technician efficiency, through fact-based decision making.”

A major accomplishment within the fleet is its sustainability efforts.

“Fleet Services has increased the number of compressed natural gas (CNG) vehicles in its fleet by 47%, including light- and medium-duty work trucks such as pickups and utility bodies. On the heavy-duty side, we’re converting 92 refuse trucks and street sweepers from liquefied natural gas (LNG) to CNG and building a $3.5 million time-fill station for their fueling,” Zhou said. “We’ve also replaced our motor pool with plug-in hybrids and added a hydrogen fuel-cell vehicle.”

Zhou said the City has been fortunate to take advantage of grant funding to help offset the cost of these vehicles. Fleet Services has been awarded $2,733,894 over the past three years to help fund natural gas vehicle replacements. The city is also able to take advantage of lower fuel costs, which are reduced an average of $1.50 per gallon.

Partnering Up for Procurement

Anderson said that Adams 12’s fleet of 163 school buses consists of every make and model ever made. The school district also owns 124 maintenance vehicles, all Ford trucks and Transit vans, which are used across the district’s 52 schools and office buildings. Eight medium-duty warehouse trucks, requiring commercial driver’s licenses (CDLs), are used for deliveries.

The fleet utilizes upfitting for its wide variety of vehicles, including warehouse truck lifts, specialized boxes, safes for carrying money, snow plows, and utility boxes. Vans for electrical, plumbing, locksmiths, and grounds and maintenance are custom fitted for each trade. Because of this, the rising cost of vehicles, parts, and service has a large impact on the fleet.

Adams 12 faced a limited budget after the recession and was forced to extend its replacement cycles. This especially took a toll on the fleet’s heavy-use equipment, such as plows.

“In Colorado, we receive a lot of snow and our plows work very hard. It takes a toll,” Anderson said.
The school district began working with Enterprise Leasing four years ago to improve its procurement operations, which came along with a separate lease budget. This has allowed Adams 12 to replace more than 50 vehicles in its support fleet to more fuel-efficient models.

Budget limitations also affect driver hiring and retention. Many of the district’s senior drivers have been eliminated due to the physicals, drug testing, and continuous positive airway pressure (CPAP) testing that come from CDL and DOT regulations with few younger applicants stepping up.

Cobb County, Ga., manages more than 2,300 assets, including 265 light-duty trucks, 129 medium-duty trucks, and 184 heavy-duty trucks. Al Curtis, director of fleet management, said the key to a successful public fleet is staying on top of trends, and looking for ways to improve the fleet operation at all times.

“We try to manage our fleet based on a lot of data which we examine constantly, and then integrate it with other resources and come up with a solution. The details involved require some extra time and effort, but in the end, we believe that we do a very good job for the taxpayers,” Curtis said.

Due to extended replacement cycles, the county has had to deal with higher repair and fuel costs. Keeping track of data has helped the fleet better justify vehicle replacements to its government.

Curtis said his fleet keeps management updated on downtime, turnaround time, cost per mile, and other measures so they understand when vehicles need replacement.

“Using analytics to shed light on inefficient spending typically gets the worst vehicles replaced,” he said. “Establishing best practices and KPIs (key performance indicators) that are measurable allow you to quantify your worth to the powers that be.”

The fleet’s use of data has also contributed to its sustainability efforts. Using analytics, the County identifies where incorporating alternative fuels are cost-effective. The fleet also switched from purchasing to leasing certain vehicles to cut costs.

“Our alternative-fuel vehicles have traveled over 150,000 petroleum-free miles with no major problems. With adequate infrastructure and the PlugShare app, fueling options and range anxiety have not been a concern,” Curtis said. “We have saved over $246,000 from the reduction in fuel usage, lower maintenance costs, and leasing the vehicles instead of purchasing them.”

Cobb County has also faced employment shortages, due to the competitive industry and a limited public budget. Instead of getting stuck on its restrictions, the fleet has made upgrades to create a positive work environment.

“Technicians are becoming hard to find, especially within a municipality due to the pay structure and benefits. It used to be a place where everyone wanted to come and work but now it is hard to keep good techs and recruit new ones,” Curtis said.

In an effort to attract more Millennials, the county has added Wi-Fi in the shops, laptops and training tools to cater to different learning styles, and additional tools for diagnosing today’s advanced vehicles. The county has also formed relationships with local colleges and trade schools for its recruiting efforts, posting job listings and offering internships when available.

The simulator will allow Ohio Department of Transportation to train new plow drivers with a realistic driving experience before snow hits the ground.

Fleets are being impacted by a variety of inflationary pressures ranging from higher acquisition prices due to the proliferation of onboard safety equipment, to increased material costs pushing up pricing on parts, upfits, and replacement tires. 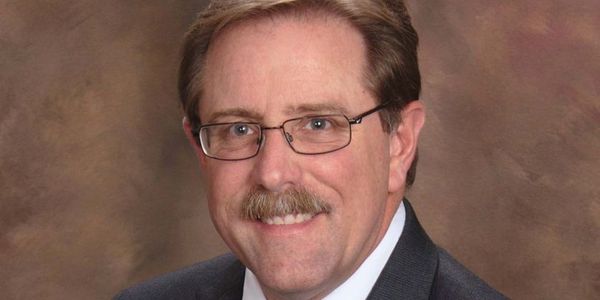 The 2019 Fleet Forward Conference, dedicated to mobility solutions for fleets, will convene Nov. 11-13 at The Forager in San Jose. 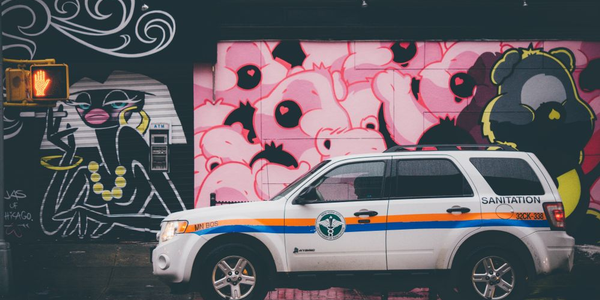 In its 2019 Strategic Plan Progress Report, the New York City Department of Sanitation noted that it continues to test alternative fuels and raise public awareness with the fleet. 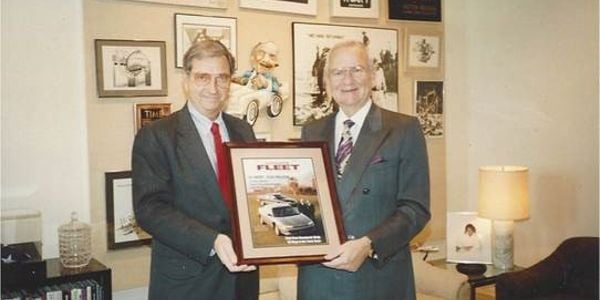 Lee Iacocca, who led Chrysler out of near bankruptcy by introducing the K-car platform, has died. The automotive icon, 94, died of natural causes. 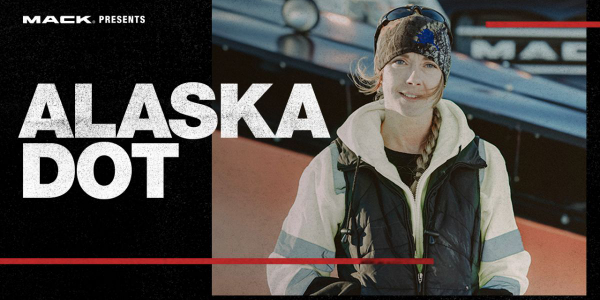 Mack Trucks is doubling down on the debut of RoadLife 2.0 with the launch of two episodes on roadlife.tv.