No two fleets are alike, but those that serve the same industry tend to share more than a few common characteristics. For security system installers, the big, white van with shelves in the back and ladder racks on the roof has long been the standard bearer. Over the past several years, however, a challenging economic climate and soaring fuel costs have forced fleet managers in that industry to consider new options.

Just ask Tim Creenan, founder and CEO of Amherst Alarm Inc., in Amherst, N.Y., a suburb of Buffalo, who has added two Chevrolet HHR panel vans and a Ford Transit Connect to a 15-vehicle fleet that had been comprised entirely of full- and mid-size GMC and Chevrolet vans.

"My father sells GMC trucks, and he used to sell Chevrolets," Creenan said. "I guess you could say I have a bias there."

The HHRs' smaller size limits their use to personal vehicles for Amherst Alarm's installation and product managers, but Creenan considers the Transit Connect an early success.

"No bad feedback at all," he reported. "They could probably replace the Astro vans."

Like Creenan, Mike Jagger, president and founder of Provident Security in Vancouver, British Columbia, Canada, has built his 36-vehicle fleet by procuring his installers' GMC Safari and Chevrolet Astro vans from a dealer. He prefers to lease, but on an extended term.

"Our usual lease term is 30 months, which is based on estimated wear and tear," Jagger said. "That could be 10,000 kilometers per month for a guard vehicle. Our pattern has been heavy initial use, then a 'retirement' phase."

"At end-of-cycle, some are still worth something when they're returned," he said. "We just look at the vehicles as something we need to get the job done." 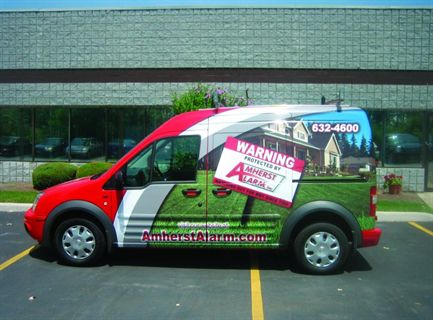 Dale Bonifas, vice president and second-generation owner of Alarm Detection Systems Inc., in Aurora, Ill., would agree. He manages his 120-vehicle fleet with little regard for resale value, preferring instead to send retired vehicles to the crusher.

"We have considered remarketing the vehicles," Bonifas said. "Our CFO has studied the advantages and disadvantages. There are good programs out there. But one of our concerns is that we don't want anybody driving around in an old vehicle with our graphics and phone number on it."

Amherst Alarm's Creenan moves his retired units the old-fashioned way, through the local want ads. "They are high-mileage and a bit worn," he said. "But with the shelving and ladder racks, they're just right for somebody like a contractor."
[PAGEBREAK]

For Provident Security's Jagger, the journey toward a more efficient fleet began four years ago, when he became interested in the "Lean" management system credited to Toyota Motor Corp. The goal is to reduce waste by eliminating processes that offer no benefit to the end user - that is, the customer. When he opened the back doors of his installers' Safari and Astro vans, Jagger saw shelves and bins that were full of junk.

"We had techs digging through pieces of cable and broken parts," he said. "We were shocked at how much extra stuff was in there. Now, they carry a lot less. Some of the vehicles don't even have racks; they're down to just plastic kits. We have found that, if there's a space, people will find a way to fill it."

His colleagues have taken a somewhat less scientific approach, relying on their own experience and that of their installers to keep their vehicles' weight down.

"Our upfitter is Kaminski and Sons, here in Buffalo, and the manufacturer they use is Adrian Steel," Creenan said. "By now, we know exactly what we want in there." 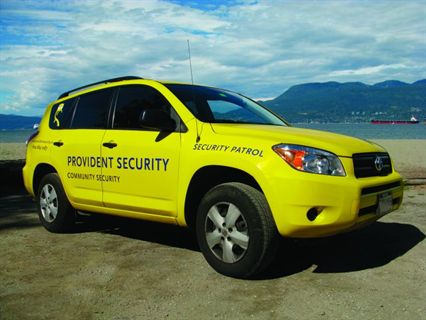 "The Chevrolet vans, for quite a while, have offered a package that includes basic shelving and ladder racks for free," said Alarm Detection Systems' Bonifas. "We have cut down on inventory. We try not to keep too much extra equipment in the vehicles."

Bonifas has worked for the company his father, Robert, founded in 1968, for more than 30 years. By the mid-'80s, it was clear that the Alarm Detection Systems fleet had grown to the size for which in-house maintenance was the only answer.

"We now have our own shop with three service bays," he said. "That's what works for us. Once you've been in the same vehicles for a number of years, you know what you need."

Those same vehicles include diesel- powered Volkswagen Jettas and Passats, which now represent two-thirds of Alarm Detection Systems' 120-vehicle fleet. Bonifas has been buying VWs since the early '80s, when the Rabbit - precursor to the Golf - was getting 48 mpg. Bonifas believed he had found the ideal service vehicle.

"It's not all that common in the industry, but they're much easier to park, and for the jobs they're used for, they can carry all the equipment we need," he said.

Creenan and Jagger both rely on local shops for repairs, and maintenance is a responsibility shared between management and the drivers. They point to the importance of ensuring that routine maintenance never goes unperformed.

"When we had problems, it always came back to a poor system," Jagger said. "If you miss an oil change and end up having to replace the engine, your first instinct is to say, 'What idiot didn't notice it needed an oil change?' Well, if you've got three or four guys driving one vehicle in 24 hours, who's the idiot?"

Each of the executives has, at one time, operated his fleet without a fuel card. Each, in turn, became a convert.

"Not having a fuel card became unruly," Jagger recalled. "We tried sharing a credit card. It didn't work."

Jagger signed on with Petro-Canada, whose stations can be found almost anywhere north of the border. As Canada's 11th-largest company, the fuel provider's massive scale allows it to offer several programs to fleets, each carrying a per-liter discount. Every penny counts, but Jagger, Creenan, and Bonifas each enjoy the added benefits of a fuel-card partnership as well.

"We use Wright Express credit cards," Creenan said. "They are good at almost every gas station and we get reports on mileage, etc., from them. We used to use one local gas station chain's private-brand card, but that limited use to their stations."

"Our fuel-card provider is T-Chek," Bonifas said. "They provide mileage reports, and those are very useful. Our lead mechanic uses them to check on usage and keep track of oil changes."

Keeping track of vehicles and drivers is another major concern in the security game. Without even realizing it, Creenan and Jagger were well on their way toward Global Positioning System (GPS)-enabled tracking before either adopted the technology.

"The provider found us through our dispatch software provider, and they were actually able to integrate it with the dispatch software," Creenan said. "The install was easy; they did all the vans in one night."

Jagger's GPS system is similarly tied into his alarm response software and connects to his drivers' handhelds as well. In snowy Western New York, Creenan also relies on the software to minimize idling.

"The GPS is programmed to give us an alert whenever they idle for more than five minutes," he said. "That's especially important in the winter months."

Bonifas uses tracking software as well, but cautions other security executives against the notion that it may one day replace dispatchers.

"We do use GPS to locate the closest vehicle and to verify time entries," he said. "We do not use it to automatically route service technicians as much of our calls are dependent on skill level and appointment times."