LIVONIA, MI - Ferrellgas Partners, L.P., one of the nation's largest propane distributors, will be among the first to add the ROUSH Liquid Propane Injected Ford F-250 pickup truck to their alternative-fuel fleet.

The propane-powered 2010 Ford F-250 is manufactured in Livonia, Mich., by ROUSH Performance. Ferrellgas President and Chief Operating Officer Steve Wambold will be taking the truck on a "Road Show" through the Midwest June 15-18. The Ferrellgas "Road Show" will make several stops as it travels from Michigan to Kansas to educate consumers about the economic and environmental benefits of using propane as a motor fuel.

"Our goal at Ferrellgas is to promote the use of propane as a certified green fuel, as an excellent way for vehicle and machine fleets to curb emissions and as a great way for fleet owners to lower vehicle expenses while receiving significant tax incentives," said Wambold, who will conduct similar "Road Shows" in other parts of the country this summer.

Propane is the most widely used alternative fuel today, powering more than 10 million vehicles around the world. Operating costs typically range from 5 percent to 30 percent less than those of a gasoline-powered fleet, and, on average, create 20 percent less nitrogen oxides, up to 60 percent less carbon monoxide and fewer particulate emissions, according to the Propane Education & Research Council (PERC). Federal tax incentives are available through 2010 for both new alternative fuel vehicles and vehicles converted to run on an alternative fuel. These incentives include a credit of up to 50-cents per gallon for each gallon of alternative fuel used, as well as incentives for incremental vehicle costs and infrastructure credits. Many states also offer additional incentives.

Motorsports legend Jack Roush, founder and chairman of the board of directors for ROUSH Enterprises, will present the keys to the new ROUSH Liquid Propane Injected F-250 to Wambold during a special presentation at the ROUSH Automotive Collection facility in Livonia, Mich. The ceremony will take place on June 11 at 4:30 p.m. (Eastern) and will be followed by a news conference in which Roush and Wambold will answer questions about the new truck and the work the two companies are doing to promote the use of propane as an alternative fuel. The doors are open to anyone interested in attending the event. The ROUSH Automotive Collection is located at 11851 Market Street, Livonia, Mich., 48150.

"The ROUSH propane-powered F-250 represents a 'right here, right now' alternative fuel vehicle and I am pleased that a leading company like Ferrellgas is taking it out on the highways to expose more people to the benefits of using propane as an engine fuel. As a predominantly American fuel, propane can help us to lessen our dependence on foreign oil, clean up the environment and save money. I believe all those things are important as Americans look to the future of this country," said Roush.

Following the launch event, Wambold will drive the new ROUSH Liquid Propane Injected F-250 from the ROUSH manufacturing plant to Ferrellgas headquarters in Overland Park, Kan. The "Road Show" will include stops in various markets, including Columbus, Ohio; Indianapolis, Ind.; and St. Louis, Mo. News conferences will be conducted in each market to give media and consumers a preview of the new truck and help raise awareness about the environmental and economic advantages of using propane as a motor fuel.

"The more people learn about propane as an alternative fuel, the more they like it," said Wambold. "Not only can the use of propane help protect our environment, but there is also ample re-supply infrastructure throughout the United States. It is my hope that my journey from Michigan to Kansas will demonstrate just how easy it is to travel with a propane-powered vehicle."

For additional information about the use of propane as a motor fuel visit www.ferrellgas.com/MotorFuel.

For information on the complete line of ROUSH propane-powered pickups and vans visit www.ROUSHperformance.com/propane.

Alliance AutoGas received its first patent for their creation of the LPG Evacuation Pump, which was designed to deliver fast, reliable, recovery of liquefied petroleum gas (LPG) from any vehicle that uses autogas for fuel.

Propane may be a viable option for certain fleets looking for an alternative fuel source. While converting a vehicle to a propane system comes with a high initial cost, the system may come with reduced lifecycle costs over the course of that vehicle's life.

The Propane Education & Research Council (PERC) launched an online map designed to showcase the growing number of fleets in a variety of markets that use propane autogas to fuel their trucks, vans, buses, and sedans. 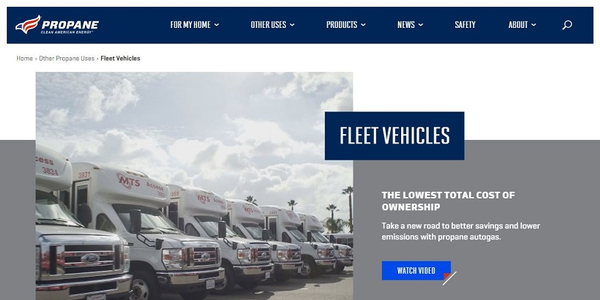 The Propane Education & Research Council (PERC) has redesigned its website to streamline how fleets can access and understand the benefits of autogas fleet vehicles. 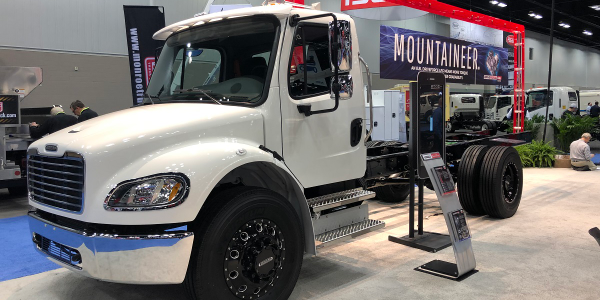 The Propane Education & Research Council invites fleet owners and managers to take the Propane Autogas Tour for a chance to win a handful of prizes in the PERC booth at The Work Truck Show 2019.